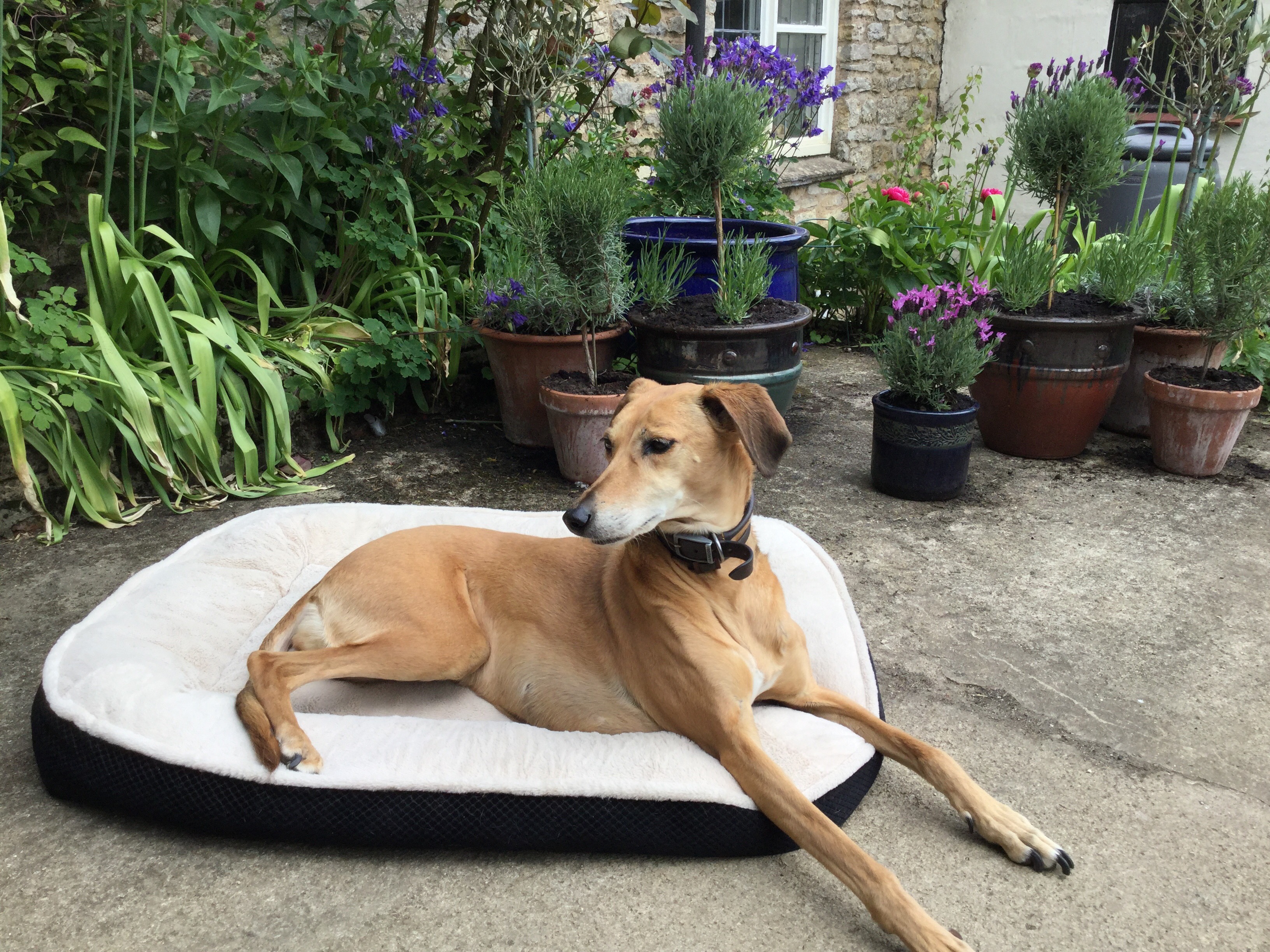 I first met Amber some years ago working with her as a Healer and Animal Communicator.
She had been abandoned and left tethered to a gate by a busy road, unsurprisingly she was terrified, struggled to get off her lead and, it is thought, ended up being hit by a lorry. Amber was lucky to survive but one of her back legs had been damaged so badly that it had to be amputated.

Luckily for Amber she was taken in by her current family, she made a good recovery and was lovingly nursed back to health. I remember communicating with her shortly after she arrived at her new home and amongst other things asked her what she liked doing best...running was the answer and image I received...I did think that was rather sad since she now only had three legs...but then in time was delighted to find out that she did indeed still like to run, at top speed and like the wind around her new garden, she looked so happy while she was doing so. I saw her once in full flow, the great pleasure that she had from it was tangible.

I saw Amber regularly for healing sessions, she also had the benefit of chiropractic treatment, all helped her to adjust to life with three legs and being in a new home.

Recently Amber and her her family moved house. A lot of emotions are involved when moving, even under the best circumstances, it affects both us and our animals.

Amber's guardian contacted me to come and give Amber a session after the move; Amber was not quite herself, she used to be very bold and enjoy exploring her garden but now she seemed tentative and hardly went far from the house at all.

I suggested a Trust Technique session for Amber, this was beneficial for both Amber and her guardian, both were able to find, and share, peace of mind.

Also during the session Amber went to the door to go out (not unusual for an animal to need to go to the toilet, I always think of it as a form of release when it happens during a session!). She not only went outside, but went off, seemingly to explore and have a look around her new large garden, going further than she had done before. It was as though she had worked through and let go all of her un peace and tentativeness about going outside for long. It was a lovely thing to see.

Amber is now back to her old self, her guardian continues to use the Trust Technique with her on a regular basis. Since the Trust Technique is also a healing tool it continues to help Amber's physical condition. Furthermore Amber's guardian says that she herself has noticed that, since regularly sharing the present moment with Amber, she has noticed she is more peaceful in herself too and is sleeping much better than she used to.

With thanks to Amber and her family for allowing me to share some of her story....